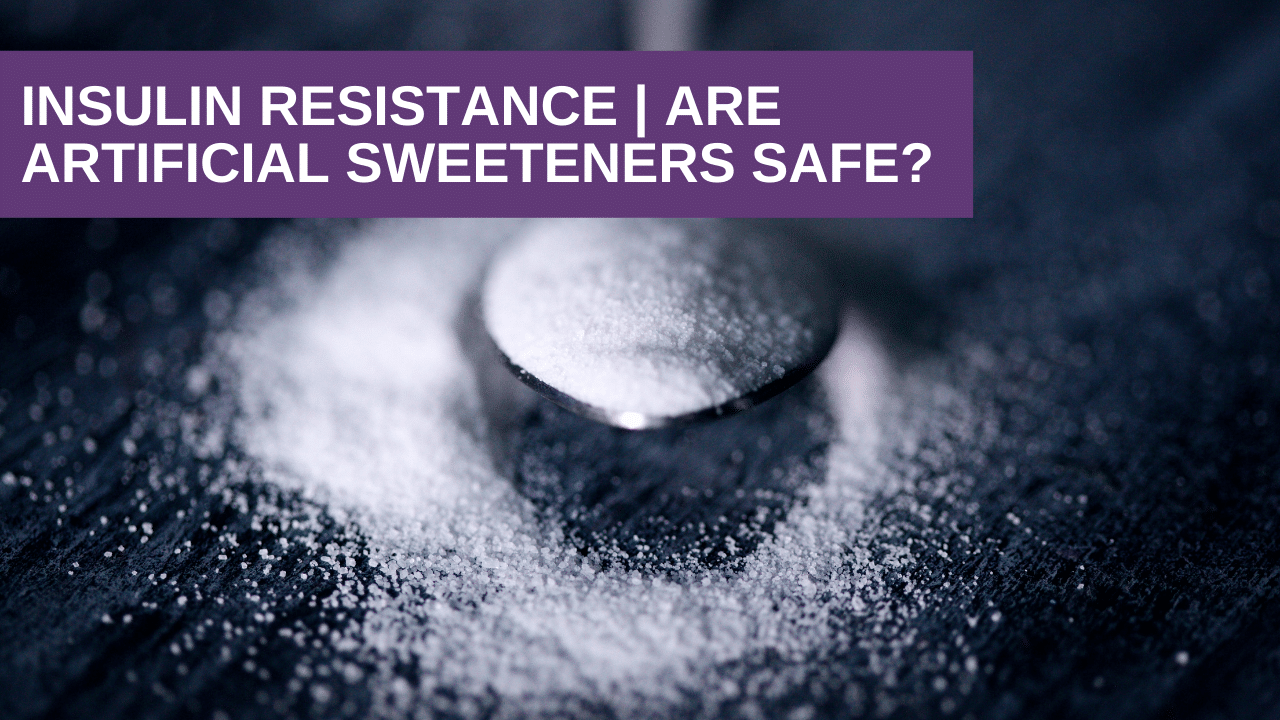 This topic has been up for debate for what seems like ages. But, the question still remains: Are artificial sweeteners safe?

The short answer is, that science doesn’t always agree.

Let’s dive in and talk about the possible effects of artificial sweeteners on your health.

Most scientists disagree about the relationship between artificial sweeteners, cancers, and other diseases. Other diseases such as chronic fatigue syndrome, Parkinson’s disease, Alzheimer’s disease, Multiple Sclerosis, Autism, and Systemic Lupus. All of these conditions are subjectively related to the use of artificial sweeteners. But, we don’t have enough data to prove that they are the main cause.

My biggest issue with artificial sweeteners is just that. They’re artificial.

When you eat or drink something that isn’t made by nature, it means your body has to deal with it in a different way.

For many years, I have thought that artificial sweeteners actually change the way the body deals with its glucose metabolism. Anytime you eat something sweet (whether it’s real sugar or artificial) the receptors on your tongue tell your hypothalamus that you’re going to get sugar. The hypothalamus then prepares to receive glucose. However, when you use an artificial sweetener but don’t actually consume the calories, your body lets go of stored sugar. This is to feed your hypothalamus.

I have observed many people drink diet beverages. I suspect that artificial sweeteners don’t really help you with weight loss. They may in the beginning if you replace real calories with negative calories. But it really doesn’t help you in the long run. This is because artificial sweeteners increase the event of insulin resistance, which contributes to body fat storage and obesity.

Studies have found that when you give someone a drink that is either artificially or naturally sweetened, the rise in insulin and glucose in their blood ends up the same. When you tease your hypothalamus with artificial sweeteners, it has to continue to trigger the release of stored sugar. Eventually, you will become insensitive to the high levels of insulin in your blood and have more and more trouble losing weight.

Children who consume artificial sweeteners are more likely to have issues with obesity and lipid metabolism. As well as insulin sensitivity.

In fact, when you use artificial sweeteners, you will decrease your sensitivity to the sweetness. This indicates insulin resistance.

Weight loss success aside, the question still is:

Are these types of sweeteners safe?

First approved in 1981 as a tabletop sweetener:

A recent study tested sweet perception with diabetic and non-diabetic people. Various amounts of sugar were dissolved in water, and those who were more insulin-resistant (diabetic) could hardly taste any sugar. Only people with healthy insulin receptors and healthy glucose metabolism could tell the smallest amount of sugar in water. What does this mean? If their taste receptors are blind due to high doses of artificial sweeteners, they’re going to need more sugar to tell the taste of sweetness.

I suggest you use less and less sweetener until you learn to drink things that aren’t sweet at all. Your taste for sweetness will become much more clear, and you will crave less sugar.

Learn more about how to reverse insulin resistance in my Hormone Reboot Training.

So to answer the main question, are these sweeteners safe? No, not exactly.

I advise you to use them with caution or cut them out completely. If you are pregnant, avoid artificial sweeteners at all costs.

*Statements not reviewed by the FDA.