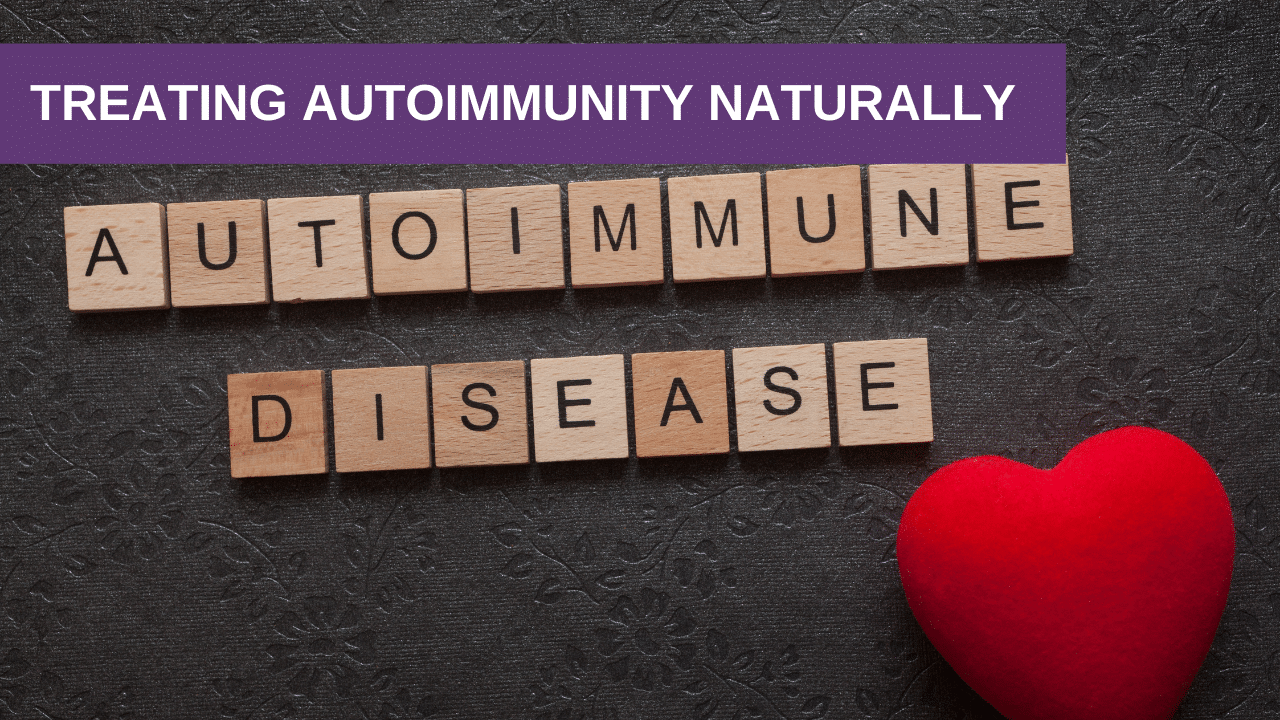 Your immune system’s job is to protect you. Your bone marrow produces the soldiers – your white blood cells (WBC). These young WBCs must be trained, so they go to the thymus for boot camp. Then your trained WBCs travel around your body looking for invaders. They depend on your tonsils, appendix, and lymph nodes to hold onto any suspicious organisms. Once your WBCs capture the invaders, they travel to your spleen. In your spleen, your WBCs are debriefed. The information regarding the safety of your body is then communicated to the thymus via cytokines – the tiniest of hormones. 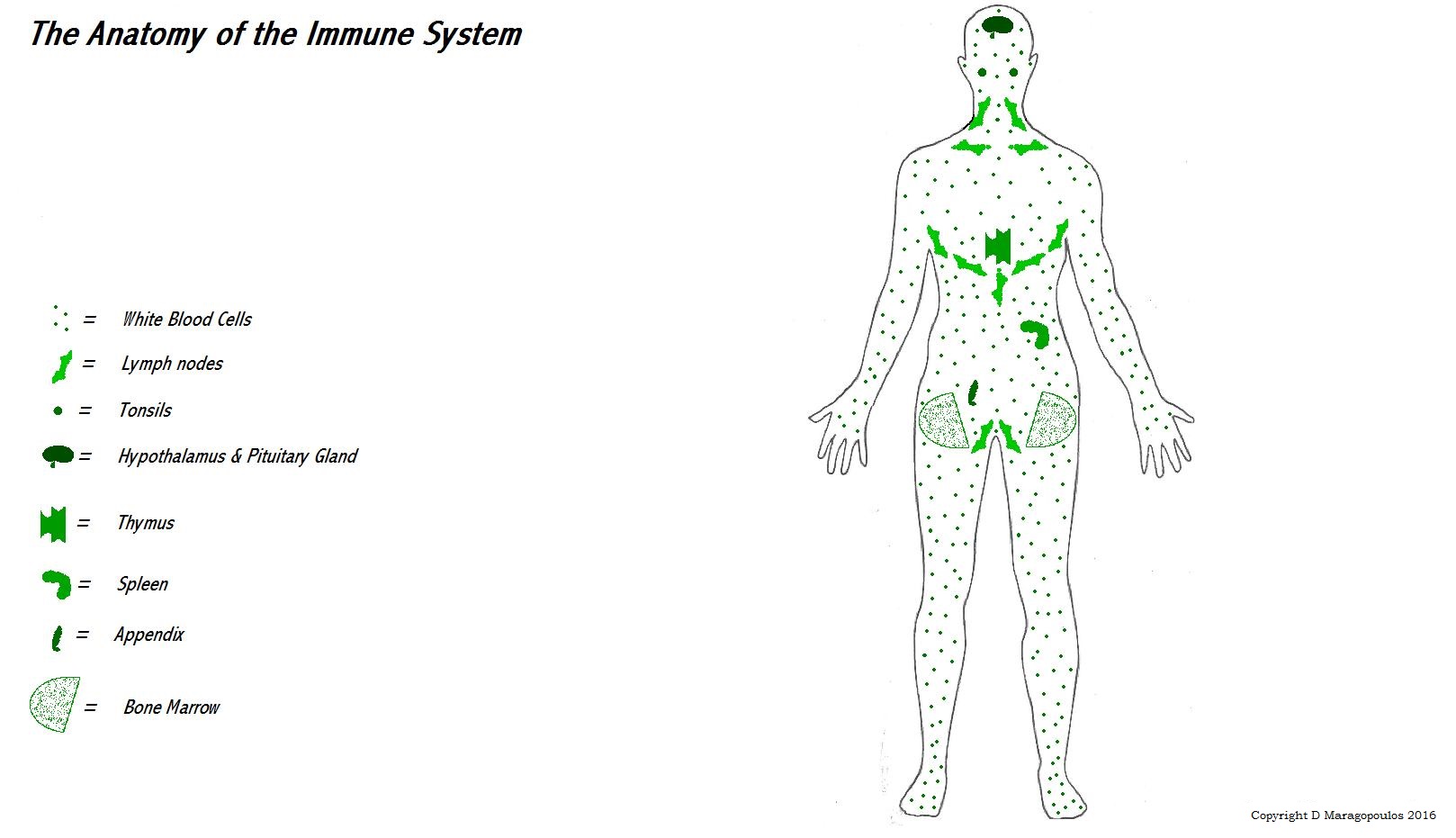 The white blood cells are specifically programmed by your thymus to know the difference between you and other.

Other is any bacteria, fungi, virus, or mutant cancer cell. Your trained lymphocytes, called T-cells, know how to tell the difference between your normal healthy body cells and foreign cells.

In autoimmunity, the thymus does not program your lymphocytes properly, releasing poorly trained T-cells into your bloodstream which attack normal healthy tissues. By balancing your hypothalamus, your thymus does a better job at properly programming your T-cells.

Many autoimmune diseases have similar symptoms, which makes getting a diagnosis frustrating and difficult.

The first symptoms of autoimmunity are often fatigue, muscle aches, and low grade fever – early signs of your body attacking itself. Classically autoimmune diseases are characterized by inflammation, which can cause redness, heat and swelling. But not always. Some autoimmune diseases are internal, like autoimmune thyroiditis, where redness and heat are not seen, while swelling of the thyroid comes later.

Some autoimmune diseases can be diagnosed through blood tests which pick up immune markers like rheumatoid factor for rheumatoid arthritis. Some autoimmune diseases can cause an elevation in ANA – antinuclear antibody – which is a general marker found in the blood that indicates inflammation somewhere in the body. While ANA is not specific and can rise and fall with autoimmune flare-ups and remissions, it is a good starting point if you suspect autoimmunity.

To treat autoimmune flare-ups, conventional medicine prescribes cortisone to reduce inflammation. Chronic use of cortisone can cause significant issues with adrenal function. The adrenal glands make cortisone in response to stress but when you take what you should be making, you hamper your body’s ability to make it. Many of my autoimmune patients treated with long-term cortisone have adrenal fatigue. Often untreated autoimmune patients come to me with adrenal issues. Why? Because their exhausted adrenal glands have been working overtime to reduce their autoimmune inflammation.

It takes some medical detective work to get to the root of autoimmunity. Since each of my patients come with a unique history, I must think out of the box to find what might be causing their autoimmune disorder.

Marsha had longstanding pernicious anemia. For 25 years, she worked long hours as a hairdresser. Beauticians are exposed to many damaging chemicals in their line of work. A mother and grandmother, Marsha got very little sleep, skipped meals, and was exhausted. At 48 years old, she had to have a stent placed in one of her coronary arteries. Her cardiologist could not figure out why Marsha – who’s not overweight, has low cholesterol, low blood sugar, and low blood pressure – had a nearly 90% blockage of a main coronary artery.

I suspected a form of autoimmune vasculitis. She responded well to hypothalamic balancing and a novel therapy designed especially for her case. Yet the biggest factor in Marsha’s healing was learning to take care of herself.

The thymus lies in your heart chakra. Marsha was attacking herself – autoimmunity which nearly led to a heart attack. Marsha was like the Tinman who needed a heart. She needed to love herself enough to take care of herself.

You see, most people are really good at taking care of others but not great at taking care of themselves. Especially mothers who tend to put their families’ needs over their own. They don’t eat properly, don’t make time to exercise or meditate or relax. They’re so busy taking care of everyone else that they get sick.

When you’re on an airplane getting ready to take off, the flight attendant reminds you to put on your oxygen mask before helping others put on theirs. We tend to forget this bit of wisdom.

Autoimmunity is the perfect reflection of not putting your oxygen mask on first. And healing this complicated disorder is more than correcting the biochemical imbalances. A shift in attitude is necessary. The sabotaging self-talk must stop. And self-care must begin for healing to happen.

Guess who finally put herself first? Marsha decided to do something she always dreamed of doing. She became a flight attendant! Now she’s reminding others to put their oxygen mask on first!