There are more than eighty types of autoimmune disorders or diseases. Many autoimmune diseases have similar symptoms which makes getting a diagnosis frustrating and difficult.

The first symptoms of autoimmunity are often fatigue, muscle aches, and low grade fever – early signs of your body attacking itself. Classically autoimmune diseases are characterized by inflammation which can cause redness, heat and swelling. But not always. Some autoimmune diseases are internal like autoimmune thyroiditis where redness and heat are not seen, while swelling of the thyroid comes later.

Some autoimmune diseases can be diagnosed through blood tests which pick up immune markers like rheumatoid factor for rheumatoid arthritis. Some autoimmune diseases can cause an elevation in ANA – antinuclear antibody- which is a general marker found in the blood that indicates inflammation somewhere in the body. While an ANA is not specific and can rise and fall with autoimmune flareups and remissions, it is a good starting point if you suspect autoimmunity.

To treat autoimmune flareups, conventional medicine prescribes cortisone to reduce inflammation. Chronic use of cortisone can cause significant issues with adrenal function. The adrenal glands make cortisone in response to stress but when you take what you should be making you hamper your body’s ability to make it. Many of my autoimmune patients treated with long term cortisone have adrenal fatigue. Often untreated autoimmune patients come to me with adrenal issues. Why? Because their exhausted adrenal glands have been working overtime to reduce their autoimmune inflammation.

How to treat autoimmunity naturally:

I have found that by balancing the hypothalamus, we can get to the core issue of autoimmunity. You see, the hypothalamus controls the immune system, at night your hypothalamus triggers your pituitary gland to produce prolactin. Prolactin trigger the thymus to program white blood cells known as lymphocytes to know the difference between you and other. Other is any bacteria, fungi, virus, or mutant cancer cell. Your trained lymphocytes, called T-cells, know how to tell the difference between your normal healthy body cells and foreign cells. In autoimmunity, the thymus does not program your lymphocytes properly, releasing poorly trained T-cells into your bloodstream which attack normal healthy tissues. By balancing the hypothalamus, the thymus does a better job at properly programming T-cells.

I use my Sacred Seven® amino acids to balance the hypothalamus. I also use Genesis Gold® to provide nutritional support for the immune system to heal. Genesis Gold® also supports healthy function of the endocrine system including the adrenals which are critical in healthy immune response.* 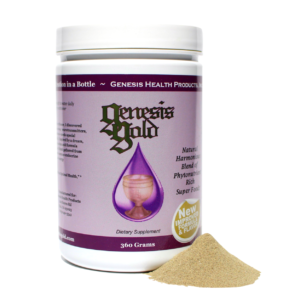 Buy Now
“Thank you for a great product. It really helps my wife. She has ms (multiple sclerosis) for 19 years Genesis Gold® has helped more than anything else we have tried.” – Bill Pinto, Australia*

I also recommend that my patients clean up their diet. I usually recommend my Insulin Resistant Diet, plus bone broths for extra healing nutrition for their gut. The intestine is one of the first line of defense against invasion and becomes hypersensitive to grains, food additives, and chemicals in autoimmunity. Remember the adrenals respond initially to autoimmune triggers with excessive cortisone production and cortisol/cortisone thins the healthy intestinal lining leading to leaky gut syndrome. Once we take away the offending foods, the gut heals well with probiotics, glutamine, and Genesis Gold®.*

3) SLEEP IN THE DARK

Remember prolactin controls your thymus’ programming of your lymphocytes. Prolactin is produced at high levels at night, peaking about three hours after melatonin peaks and lasting for eight hours. You produce an eight hour window of high prolactin every 24 hours. If your prolactin is dyscircadian, meaning it’s high during your waking hours rather than at night when you should be asleep, then your lymphocytes are more likely to attack normal healthy cells. I check an 8-9am serum prolactin on all my patients to see is they are in a healthy circadian rhythm (day-night cycle). Autoimmune patients often have high daytime prolactin. The prolactin level will not necessarily be above the highest range of normal for the patient’s gender or age, but anything over 9 after 9am is dyscircadian.

Sleeping in the dark is the first change that must be made. Getting patients to go to bed within a few hours of dark is important to resetting their circadian rhythm. Having them avoid watching TV or getting on the computer, their laptops, iPads,phones or other screens after dark helps them make normal melatonin levels and thus healthy circadian prolactin levels. The blue light from the screens mimics the sunrise which suppresses melatonin production and delays prolactin production resulting in low nighttime and high daytime prolactin which contributes to autoimmunity. If you must expose yourself to a computer screen, television or other eletronic device after dark, then use pink tinted sunglasses to mimic the dusk and increase your nighttime melatonin and prolacitn levels. Remember prolactin triggers the immune response so having high daytime prolactin is like having an active army patrolling while citizens are trying to work. Innocents (your healthy cells) are going to get hurt.

4) ELIMINATE THE UNDERLYING TRIGGER OF YOUR AUTOIMMUNITY

For instance, I have a patient with longstanding pernicious anemia who developed a blockage in one of her coronary arteries requiring a stent to be placed. Her cardiologist could not figure out why this patient who is not overweight, has low cholesterol, low blood sugar, low blood pressure had a nearly 90% blockage of a main coronary artery. I suspected a form of autoimmune vasculitis. She is responding really well to hypothalamic balancing and a novel therapy designed especially for her case.

It takes some medical detective work to get to the root of autoimmunity. Since each of my patients come with a unique history, I must think out of the box to find what might be causing their autoimmune disorder.

5) UNVEIL THE CORE BELIEF THAT MAY BE CAUSING YOUR DISEASE

This is the hardest part of the treatment. Finding what may be underlying the patient’s autoimmune disorder from a psychospiritual level takes some finesse. Thankfully balancing their hypothalamus with Sacred Seven® and Genesis Gold® can deepen their sleep* and often their subconscious reveals the truth to them in dreams. As I get to know a patient, their core issue becomes apparent and when they are ready to deal with it, we do. Sometimes I am blessed to have a new patient come to me for a consult and they are so ripe (ready to heal) that I can “see” what their core issue is, speak it, and the patient says, “Yes, that makes sense!” Healing is much faster when we deal with the psychospiritual along with the physical.

Chapter 8 in my new book “Hormones in Harmony” would also be helpful to understanding the role of the hypothalamus and your immune system and is on sale on Amazon for kindle. Now available in paperback too!

May your Hormones be in Harmony,

*Statements not evaluated by the FDA 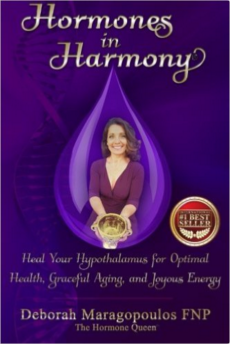 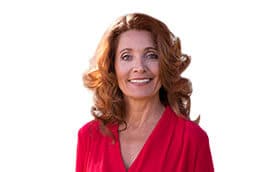 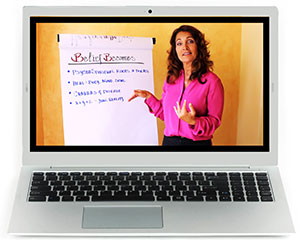 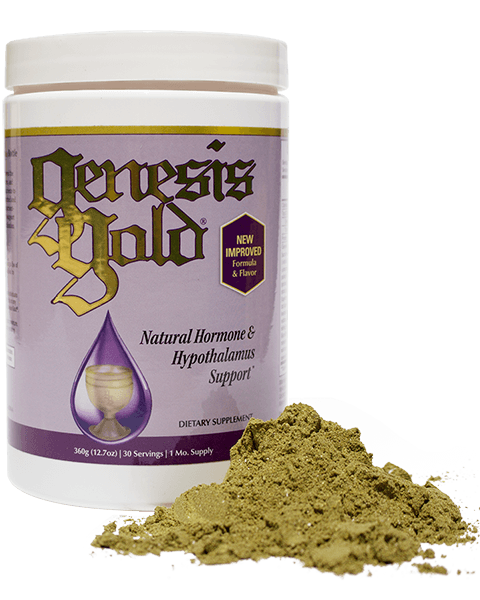 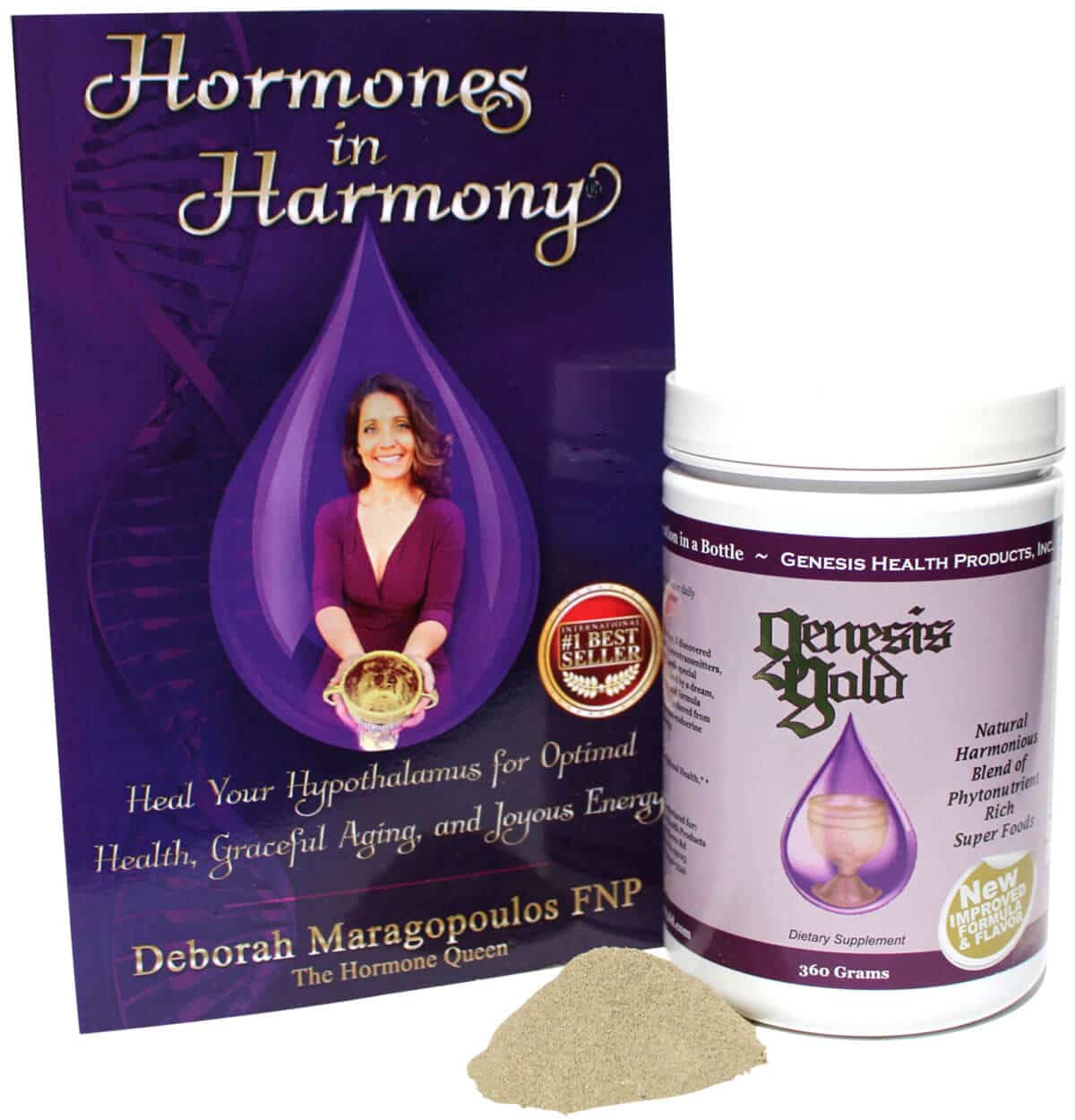 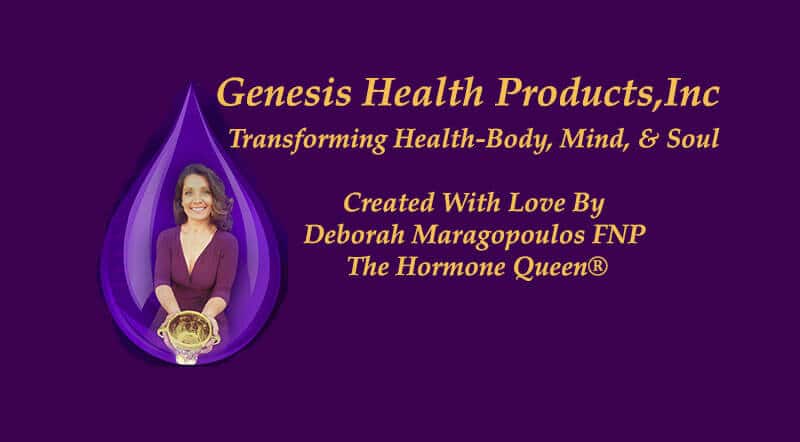 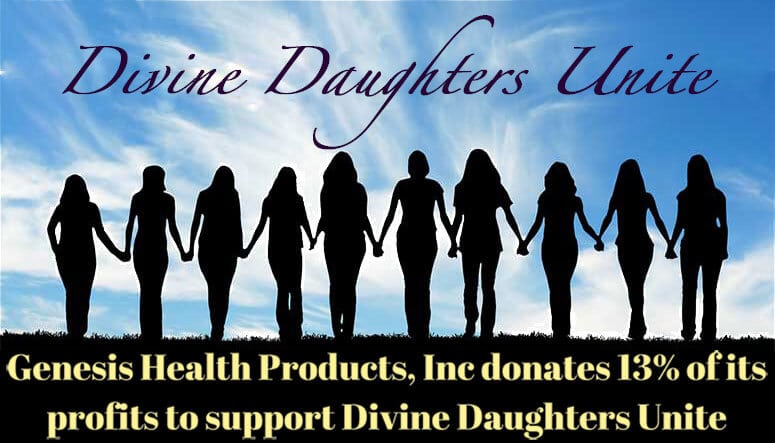